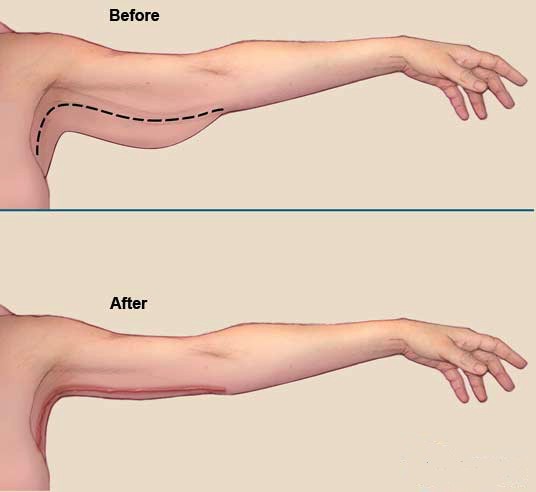 ABOUT Arm Lift Surgery in Turkey

The formation of drooping in the upper and lower part of the arm usually occurs because of fat deposits and skin sagging. The skin and subcutaneous tissues are looser in the lower arm regions. Factors such as genetic familial predisposition, aging, weight gain, exposure to the sun, and gravitational pull increase slackness in the skin and subcutaneous tissue, resulting in sagging.

There are many solutions to medical aesthetics for arm sagging problems.

Of course, surgery is the only solution for sagging at a heavier level. Arm stretching operations take approximately from 1 to 3 hours.

Why is arm lift surgery performed?

The answer to the question of why arm sagging operations are performed is obvious. This may happen due to excessive weight gain in short periods or to someone who weighs 120 kg and then loses weight. In such a case, not only in the arm area but also in many parts of the body, the skin will be sagging. During the arm lift surgery, the arms are first thinned with liposuction and then completed with skin removal.

How is arm lift surgery being done in Turkey?

Arm lift aesthetic surgery can be done with two different techniques: removing fat and removing excess skin. Due to the patient’s conditions, both methods can be performed at the same time.

The surgery is performed for the region from the elbow point to the armpit. Depending on the degree of skin sagging, surgery can be done only under the armpit, and arms stretching can be completed by stretching the arm with a tiny incision. It will be as if there were no signs of surgery. 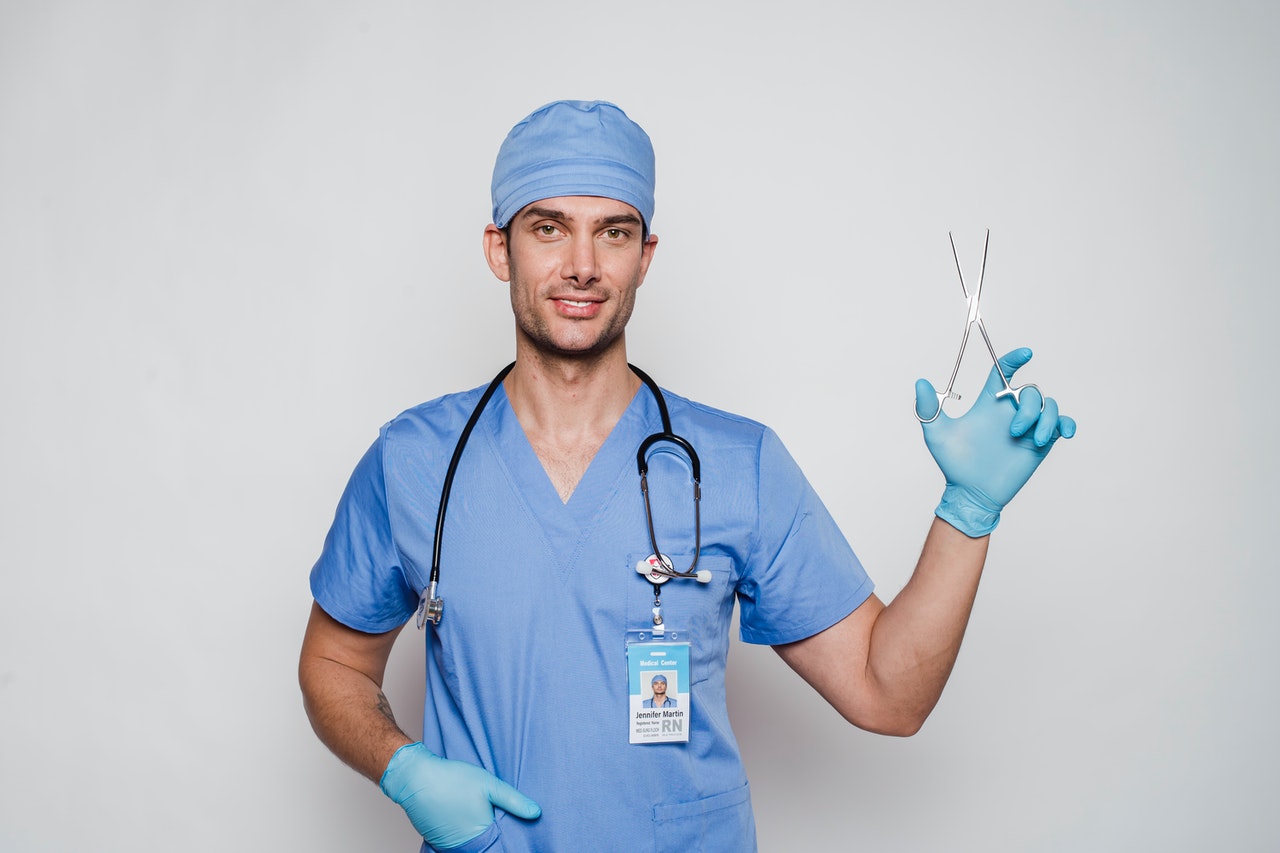 Arm lift aesthetic surgery is performed under general anesthesia. The operation takes approximately 1 to 3 hours. You need to wear a corset after the operation. The duration of the arm corset is also about three weeks. After this time, the bruises and edema that occur in the cord gradually disappear.

The end of the traces after the surgery is about two months. The patient must stay in the hospital for one day unless the physician states differently. It is necessary to come to check up control at certain intervals after the operation.

As long as the post-operative medication given by the doctor is taken on time, the patient will not have much trouble.

Before Arm Lift Surgery in Turkey

As with general anesthesia, which is required for all operations, a 6-h fasting period is required before arm lift. At least three days before the surgery, the patient should withdraw medication that extends the bleeding like aspirin.

After Arm Lift Surgery in Turkey

Rubber tube drains can be placed in the arm region to prevent bleeding and fluid buildup after arm-stretching surgery.

They are withdrawn after a maximum of 2 to 3 days. Especially in the first days after surgery, it is recommended that the arms are held high. Bandages are applied to reduce swelling, edema, and bleeding that can occur after the operation. Three days after the surgery, an elastic bandage in the shape of a sock that surrounds the arm is applied to give the shape of the arm. Usually, there are no stitches to be taken after surgery.

There is no pain in the post-operative period. In cases of discomfort, painkillers prescribed by the doctor will suffice. The everyday life will be within a few days.

In the first two weeks, you will only be able to do your day-to-day work, in sports such as jogging in the third week, in tennis-like sports in the eighth week. The first trace in your arm will become less prominent as it begins to thin with time and become faded with the reddish red. 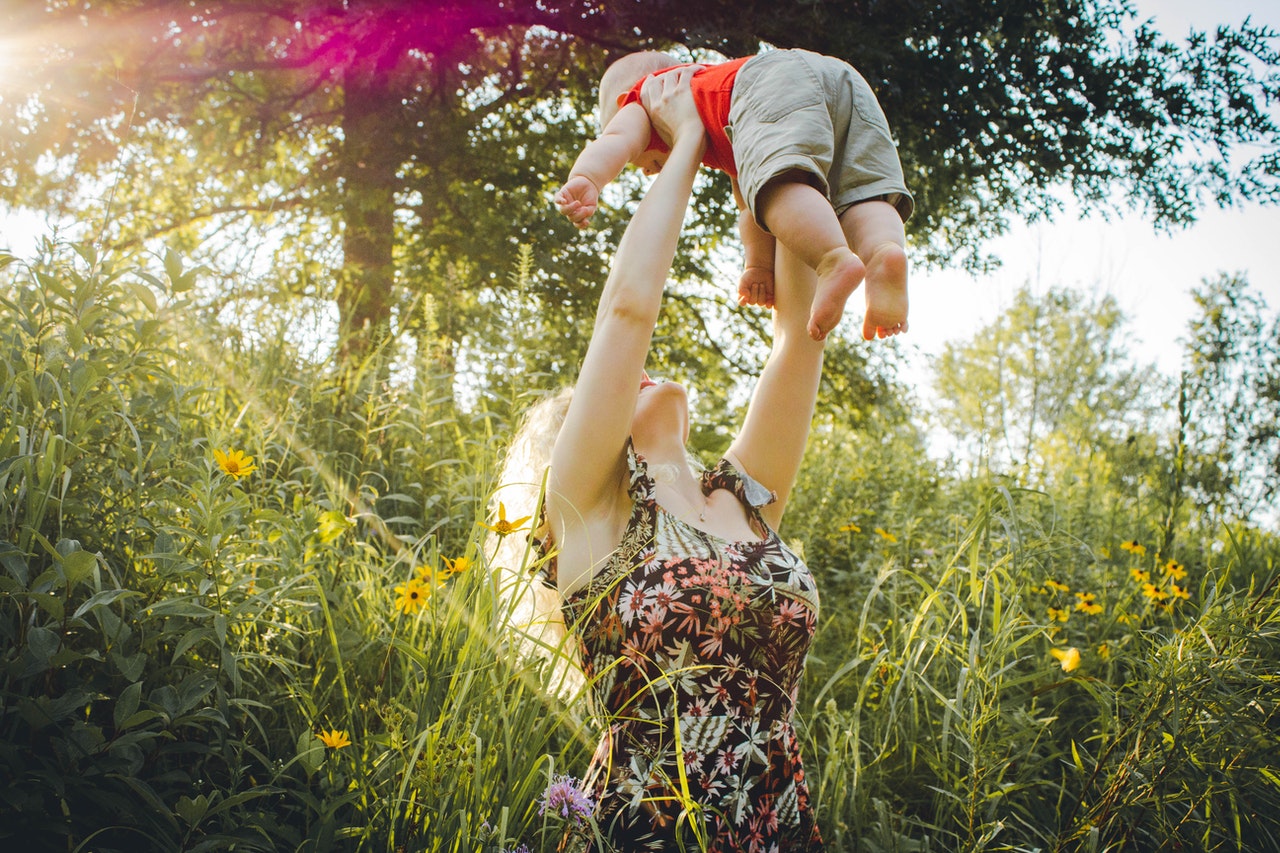 You will be able to make an airplane trip 2 to 3 days after your arm lift aesthetic surgery. The healing period can vary from person to person because it is different. It is possible to recover within approximately 5 to 7 days fully. It is also taking a short period to return to your business life or your social life.

Since the arm lift, aesthetic surgery is done with self-laced hidden stitches. There is no need to take out any additional stitches. Powerful work and sports movements can be started after four weeks.

What is the arm lift?

Arm lift is a surgical procedure aimed at relieve sagging and excess skin, especially on the upper park to arms in women. The goal of surgery is not just to thin the arms, but to make it more tense at the same time.

Which type of anesthesia is used?

Arm lift surgery is performed in the operating room under general anesthesia or heavy sedation.

What to do before the arm lift surgery?

If a general anesthesia intervention is planned for arm stretching surgery, it is necessary to have a 6-hour fasting period before surgery as it is for all operations. Patients who will enter the surgery should regularly stop taking medication that causes bleeding like aspirin at least 7 days before the operation if they use it regularly.

What happens after arm lift surgery?

Patients can usually go home the same day. The first two days there are bandages on the seams. Patients can take a bath after two days. Since all the stitches are under the skin, there is no need to unstitch them. In the first three weeks, patients should not have excessive arm movements. After the third week, except for arm movements, spores are allowed. After the sixth week, all kinds of activities are allowed.

How is arm lift being performed?

An "L" cut is made, starting from under the armpit and descending to the dirge. In general, only the skin is removed and the tension of the arm is increased. In patients with very thick arms, liposuction may also be added.