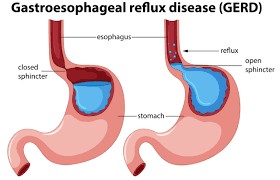 What Is Gastroesophageal Reflux Disease?

Gastroesophageal Reflux Disease is a condition that happens when the stomach acid or bile flows back into the esophagus. This can lead to heartburn, difficulty swallowing, and chest pain. The symptoms usually come from the fluids irritating your upper digestive tract, but it can also come from bacterial infections in the lower intestine as well as some throat infections.

Some risk factors for GERD include smoking or drinking alcohol, being overweight or obese, having a hiatal hernia, taking medications that increase stomach acid production such as proton-pump inhibitors and metformin for diabetes treatment, and being pregnant with a tilted uterus.

In the US, the total cost for GERD care in 2015 came to $11.7 billion. This includes both drug and non-drug costs as well as emergency room visits and hospital stays.

The average costs for a person with GERD are $2,832 per year if they seek treatment from their primary healthcare provider or a gastroenterologist, which is a medical expert who treats people with stomach and intestinal problems.

For those not going to see a medical expert, the average cost was around $48 per person due to less expensive treatment options such as medications over the counter or the internet. If these measures fail, then emergency room visits take place which can be very costly. People were paying an average of $1,500 for their ER visits in 2015.

The most common treatment for GERD is acid-blocking (anti-acid) medicines taken once or twice a day depending on the severity of the condition.

If the medicine doesn't work or if there are side effects, then there are more invasive treatments available like surgery to surgically place a band around part of the stomach to stop the acid reflux.

The most beneficial treatments for GERD are the ones that lower the body's production of acid, which include proton pump inhibitors or PPIs.

They are taken daily to lower stomach acid reflux. The side effects of these medications can cause nausea, bleeding ulcers, and the development of a dependency on them due to their effectiveness.

What Are The Symptoms Of Gastroesophageal Reflux Disease?

GERD is characterized by frequent heartburn, chest pain, regurgitation, heartburn that is relieved by lying on your back or bending forward while lying on your stomach, belching or burping after eating certain foods or drinks, bloating in the abdomen, regurgitation of gastric contents during sleep which can lead to coughing and choking, feeling nauseated after eating certain foods or drinks.

How Is Gastroesophageal Reflux Disease Diagnosed?

The most common way to diagnose GERD is through a simple test called an EGD (endoscopic examination of the lower GI tract). This is done by an experienced gastroenterologist or physician to determine if there are any precancerous changes in the lining of the mouth, esophagus, stomach, or intestines.

Patients with GERD can often identify their symptoms which can lead to a diagnosis, but it is still good to get checked out every once in a while.

Another test that can be done to rule out GERD is called an Upper GI (or upper endoscopy) where a long thin tube is inserted through the nose and throat into the esophagus and stomach with a camera attached.

The tube goes through the esophagus and into the stomach, where the physician can take small samples of tissue to see if there are any precancerous or cancerous changes.

GERD is not hereditary in that it has nothing to do with genetics. However, there is a genetic component involved in the development of GERD.

If you have a family history of GERD, then your chances of developing it are higher than someone who does not have extended family affected by this condition.